Some Early Devotees of Ramana Maharshi

The Path of Self-Knowledge

Chapter 10 of the biography “Ramana Maharshi And The Path Of Self-Knowledge“ written by Arthur Osborne. 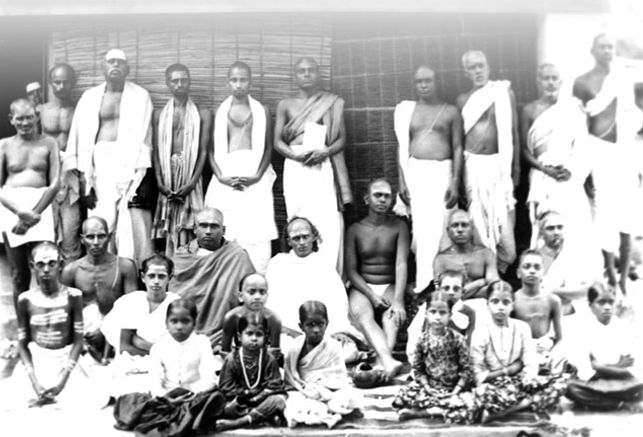 Although the doctrine Sri Bhagavan taught never varied, the way of teaching varies according to the character and understanding of the questioner. During the years on the hill, records were kept of the experiences of some of the devotees and of the expositions they received, and a few of these are given below. Indeed, it may be said that the experiences of his devotees constitute the biography of Sri Bhagavan, since he himself was established in the immutability beyond events and experiences.

A visitor came to Virupaksha, and although he stayed only five days he so obviously had the Grace of Sri Bhagavan that Narasimhaswami, who was collecting material for the biography, Self-Realization, on which a great part of the present work is based, made a point of noting his name and address. There was an elation, a serenity about him, and the radiant eyes of Sri Bhagavan shone on him. Each day he composed a Tamil song in praise of Sri Bhagavan so ecstatic, so spontaneous, so overflowing with joy and devotion, that among all the songs composed, these are of the few that have continued to be sung. Later Narasimhaswami visited Satyamangalam, the town he had named, to collect more particulars about him, but no such person was known there. It has been pointed out that the name means ‘Abode of Blessedness’ and suggested that the visitor may have been an emissary from some hidden ‘Abode of Blessedness’ come to pay homage to the Sadguru of the age.

One of his songs hails Sri Bhagavan as ‘Ramana Sadguru’. Once when it was being sung Sri Bhagavan himself joined in. The devotee who was singing it laughed and said, “This is the first time I have heard anyone singing his own praise.”

Sri Bhagavan replied, “Why limit Ramana to these six feet? Ramana is universal.”

One of the five songs is so instinct with the joys of dawn and awakening that one can well believe it may have celebrated the true dawn for him who composed it:

The cocks crow, the birds chirp,
It is already time, come!
The night has fled, come!

Sage and Lord,
One with Being-Knowledge-Bliss,
Lord dancing in joy,3 come!

Love on the summit of Knowledge,
Past pleasure, past pain, come!
Blissful Silence, come!