The Path of Self-Knowledge

Chapter 9 of the biography “Ramana Maharshi And The Path Of Self-Knowledge” written by Arthur Osborne. 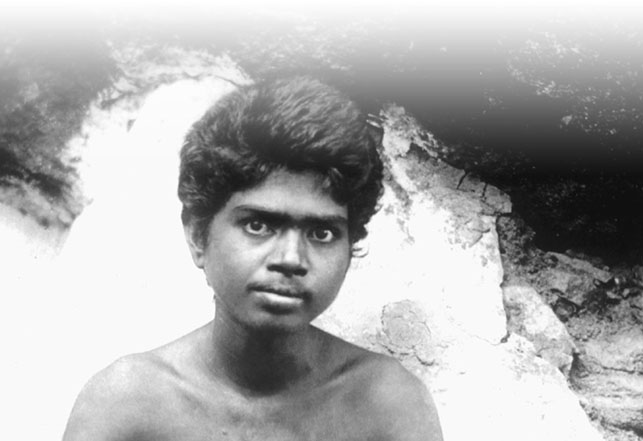 Sri Bhagavan was not a philosopher and there was absolutely no development in his teaching. His earliest expositions, Self-Enquiry and Who Am I?, are no different in doctrinal theory from those he gave verbally in his last years. When, as a lad of sixteen, he realized his identity with the Absolute, with That which is Pure Being underlying all that is, it was formless, intuitive knowledge of which the doctrinal implications were recognised only later. “I did not yet know that there was an Essence or Impersonal Real underlying everything and that God and I were both identical with it. Later, at Tiruvannamalai, as I listened to the Ribhu Gita and other sacred books, I learnt all this and found that they were analysing and naming what I had felt intuitively without analysis or name.” It was no question of opinions but of Truth recognised; that is to say that he was not convinced by what he read but simply recognised its conformity with what he already intuitively knew.

All modes and levels of doctrine are comprised within Hinduism, all of them legitimate and corresponding to the various modes of approach required by people of varying temperament and development. The approach through love and worship of a Personal God exists, as it does in the Western or Semitic religions. So also does the approach through service, seeing God manifested in all His creatures and worshipping Him by serving them. However, the recognition of Pure Being as one’s Self and the Self of the universe and of all beings is the supreme and ultimate Truth, transcending all other levels of doctrine without denying their truth on their own plane. This is the doctrine of Advaita, Non-duality, taught by the ancient Rishis and pre-eminently by Shankaracharya. It is the simplest as well as the most profound, being the ultimate truth beyond all the complexities of cosmology.

Non-duality means that only the Absolute is. The entire cosmos exists within the Absolute, having no intrinsic reality but merely manifesting the Absolute which, however, remains eternally unchanged and unmanifest, as the people and events in a man’s dream exist within him and have no reality apart from him and yet add nothing to him by their creation and subtract nothing from him by their disappearance. This means that the Absolute is the Self of the cosmos and of every being. Therefore by seeking his Self, by the constant investigation ‘Who am I?’ it is possible for a man to realize his identity with Universal Being. It was the purest Advaita that Sri Bhagavan taught.

Some may fear that the doctrine of the One Self deprives them of a Personal God to Whom they can pray, but there is no need for such fear, because as long as the reality of the ego who prays endures so long does the reality of the God to Whom he prays; so long as a man accepts his ego as a reality, the world outside it and God above it are also realities for him. This is the level of a dualistic religion and a Personal God. It is true but not the ultimate Truth. “All religions postulate the three fundamentals: individual, God and world. It is only so long as the ego endures that one says either, ‘The One manifests Itself as the three’ or, ‘The three are really three’. The supreme state is to inhere in the Self, the ego extinguished” (Forty Verses on Reality, v.2).

Some people also revolt against the conception of the world as unreal, even while admitting the reality of the Spirit, but that is because they have not understood in what sense it is unreal. Sri Bhagavan often explained this, and nowhere more concisely than in the following statement recorded by S.S. Cohen:

“Shankaracharya has been criticised for his philosophy of Maya (illusion) without understanding his meaning. He made three statements: that Brahman is real, that the universe is unreal, and that Brahman is the universe. He did not stop with the second. The third statement explains the first two; it signifies that when the universe is perceived apart from Brahman that perception is false and illusory. What it amounts to is that phenomena are real when experienced as the Self and illusory when seen apart from the Self.”

The teaching of Sri Bhagavan was intensely practical. He expounded theory only in answer to the specific needs and questions of devotees and as a necessary basis for practice. When reminded once (in Maharshi’s Gospel) that the Buddha had refused to answer questions about God, he replied with approval, “In fact the Buddha was more concerned with directing the seeker to realize Bliss here and now than with academic discussions about God and so forth.” So also, he himself would often refuse to gratify curiosity, turning the questioner instead to the need for sadhana or effort. Asked about the posthumous state of man, he might reply: “Why do you want to know what you will be when you die before you know what you are now? First find out what you are now.” A man is now and eternally the deathless Self behind this and every other life, but to be told so or to believe it is not enough; it is necessary to strive to realize it. Similarly, if asked about God he might reply: “Why do you want to know about God before you know yourself? First find out what you are.”

The process by which this is to be done is described in a later chapter, but since the next chapter already recounts Sri Bhagavan’s instructions to devotees, reference is made to it and to his teaching here.

That his teaching was not ‘philosophy’ in the usual sense of the term may be seen from the fact that (as will appear in his replies to Sivaprakasam Pillai in the next chapter) he did not instruct his devotees to think out problems but to eliminate thought. This may sound as though the process is stupefying, but, as he explained to Paul Brunton in the conversation quoted in Chapter Two, the reverse is true. A man is identical with the Self, which is pure Being, pure Consciousness, pure Bliss, but the mind creates the illusion of a separate individuality. In deep sleep the mind is stilled and a man is one with the Self, but in an unconscious way. In samadhi he is one with the Self in a fully conscious way, not in darkness but in light. If the interference of the mind is stilled, the consciousness of Self can, by the Grace of the Guru, awaken in the heart, thus preparing for this blissful Identity, for a state that is not torpor or ignorance but radiant. Knowledge, pure I-am-ness.

Many may recoil from the idea of destruction of the mind or (what comes to the same thing) of the separate individuality and find it terrifying, and yet it happens to us daily in sleep and, far from being afraid to go to sleep, we find it desirable and pleasant, even though in sleep the mind is stilled only in an ignorant way.
In rapture or ecstasy, on the other hand, the mind is momentarily absorbed and stilled in a fragmentary experience of the bliss that is its true nature. The very words indicate the transcending of the individuality, since ‘rapture’ means etymologically being carried away and ‘ecstasy’ standing outside oneself. The expression ‘it is breath-taking’ really means ‘it is thought-taking,’ for the source of thought and breath is the same, as Sri Bhagavan explained when speaking of breath-control. The truth is that the individuality is not lost but expanded to Infinity.

The elimination of thoughts is for the purpose of concentrating on the deeper awareness that is behind and beyond thought. Far from weakening the mind, it strengthens it, for it teaches concentration. Sri Bhagavan frequently confirmed this. It is the weak and uncontrolled mind that is constantly distracted by irrelevant thoughts and harassed by unhelpful worries; the mind that is strong enough to concentrate, no matter on what, can turn its concentration to the elimination of thoughts in quest of the Self, and conversely, the effort to eliminate thoughts in the manner prescribed gives strength and power of concentration. When the quest is achieved the faculties of the mind are not lost: Sri Bhagavan illustrated this by comparing the mind of the Jnani to the moon in the sky at midday — it is illuminated but its light is not needed in the greater radiance of the sun which illuminates it.